I selected both since I did not have enough information to choose one over the other.

Overview: Oakmont has always been one of the most demanding golf courses in the world. The club was founded in 1903 by his father Henry Fownes. Henry laid out the course himself over rolling pastureland that he had purchased north-east of the city. The lay-out was originally penal in nature, but he and his son William spent the next 30 years slowly altering and improving the golf to a more strategic design.

Praise for the work: Both father and son believed that the golf course needed to be a stern test in order to remain interesting. They created the challenge through multitudes of deep and punishing hazards that lined fairways and surrounded the greens. Much of their alterations involved adding additional hazards into locations where players had missed their shots in competition without receiving a penalty for their error. Their ideas became more innovative over time culminating with the notorious Church Pews in the 1930s. 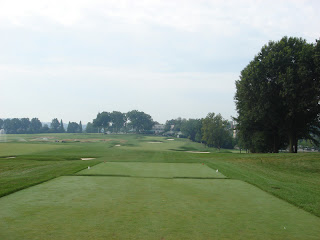 They built some of the finest and most treacherous green sites anywhere in golf. The quality and variety of their greens work is truly extraordinary with the surfaces sloping in every direction. They demand that the golfers be creative with using all types of approach shots and from different lies and angles in order to find the surfaces. 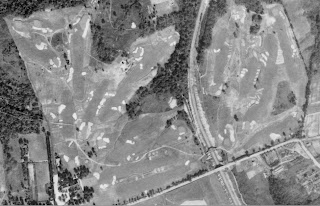 The 1938 Aerial of the course
Criticisms: Oakmont was built to be a very demanding golf course that rewarded accurate play while consistently and severely punishing the balls that are off line. The main criticism comes from the fact that the golf course is so penal. Many argue that there are few strategic elements since all misses are severely punished and little is left to fate, chance or even planning. They feel that it’s just a test of execution since you can’t miss a shot without feeling the wrath of the course. Oakmont was been built to expose all the flaws in a player’s game, and for most of us that is very demoralizing. 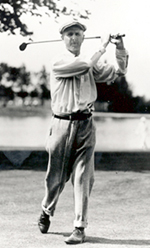 Great Quotes: “A shot poorly played should be irrevocably lost” William Fownes
What I take from them: The key difference between Oakmont and other penal layouts is the remarkable variety in yardage and hole types. The number of outstanding individual holes is staggering, the fact that they work well together as a collection of holes is breathtaking. Although it’s way too demanding for almost all who aspire to play here, for the elite player this course is the ultimate examination of their ability to putt, recover, be accurate, but most of all think under intense pressure. It is the ultimate examination.
Posted by Ian Andrew at 17:26